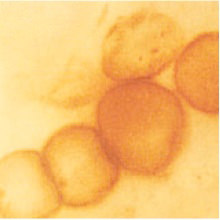 Chlorella is a eukaryotic organism (true nucleus plant), which has been on earth since the pre-Cambrian period over 2 billion years ago. It is not asexually reproducible plant but unicellular, freshwater green alga, which multiplies itself rapidly four times every 20 to 24 hours. What makes the algae multiply so quickly? Chlorella Growth Factor (C.G.F.) is the key and what makes chlorella unique from any other superfood. See below for more info on C.G.F. .
Chlorella is very small, with a diameter of 3 to 8 micrometers and was only 100 years ago when it was discovered. At that time, chlorella was named after “chlor” which means green in Greek and “ella” which means a small thing in Latin.

Chlorella has survived for such a long time because of its tough outer cell wall protecting its genetic integrity and its rapid reproductive ability. Oxygen now exists on earth was generated from sunshine, water and carbonic acid gas that algae like chlorella produced with their highly photosynthetic capacity. At the same time, they produced various fundamental nutrients that many organism generated in later period needs to support life.

Chlorella as “botanical whole food” contains 9 different essential amino acids, various vitamins and minerals in perfect balance.
Of all 10 species of chlorella, 4 species are cultivated outdoors as a food, and these 4 species (pyrenoidosa ,vulgaris, ellipsoidea and miniata) have strong proliferating ability and are rich in nutrients.
In Japan it was studied as a possible “dream food” which prevented food shortages after defeat in the war, and later studies have brought many people nowadays to use it as a health food.

C. G. F. – a valuable component found only in chlorella

It should be noted that one of chlorella’s unique properties is a phytonutrient called C.G.F. (Chlorella Growth Factor). C.G.F. is a nucleotide-peptide complex found in the nucleus of the chlorella cell. Much research on C.G.F. as being involved in intravital cells to maintain health has been presented from specialists of the field. Especially the nucleic acids produce new chlorella cells in the process of its growth, and control everything of divide, growth and production of cells. It can be said that the C.G.F. is the most valuable component in chlorella.

Chlorella is well- known as a health food. We provide you basic knowledge and related information about chlorella in detail. 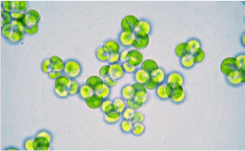 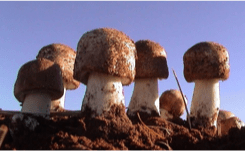